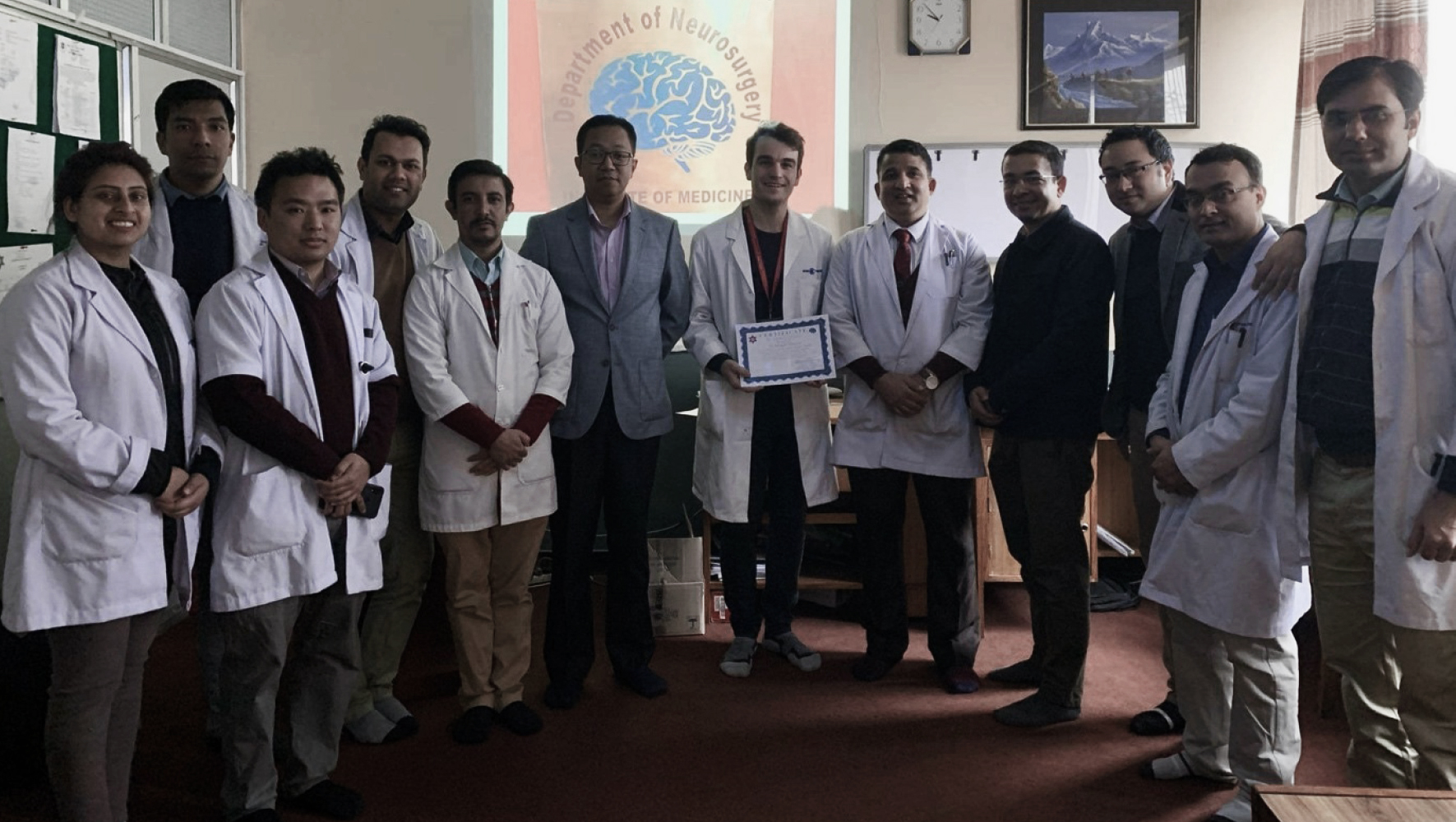 Hamish Newman was one of the five recipients to receive our FutureFocus grant for 2019, and at the time was a third year medical student from the University of Western Australia. Hamish received $2 500 to put towards his overseas elective in Nepal. His placement involved working in the Department of Neurosurgery of TUTH Hospital in Kathmandu, as he was so inspired by the work of a Nepalese neurosurgeon, Upendra Devkota.

Read a full account from Hamish about his incredible journey below. 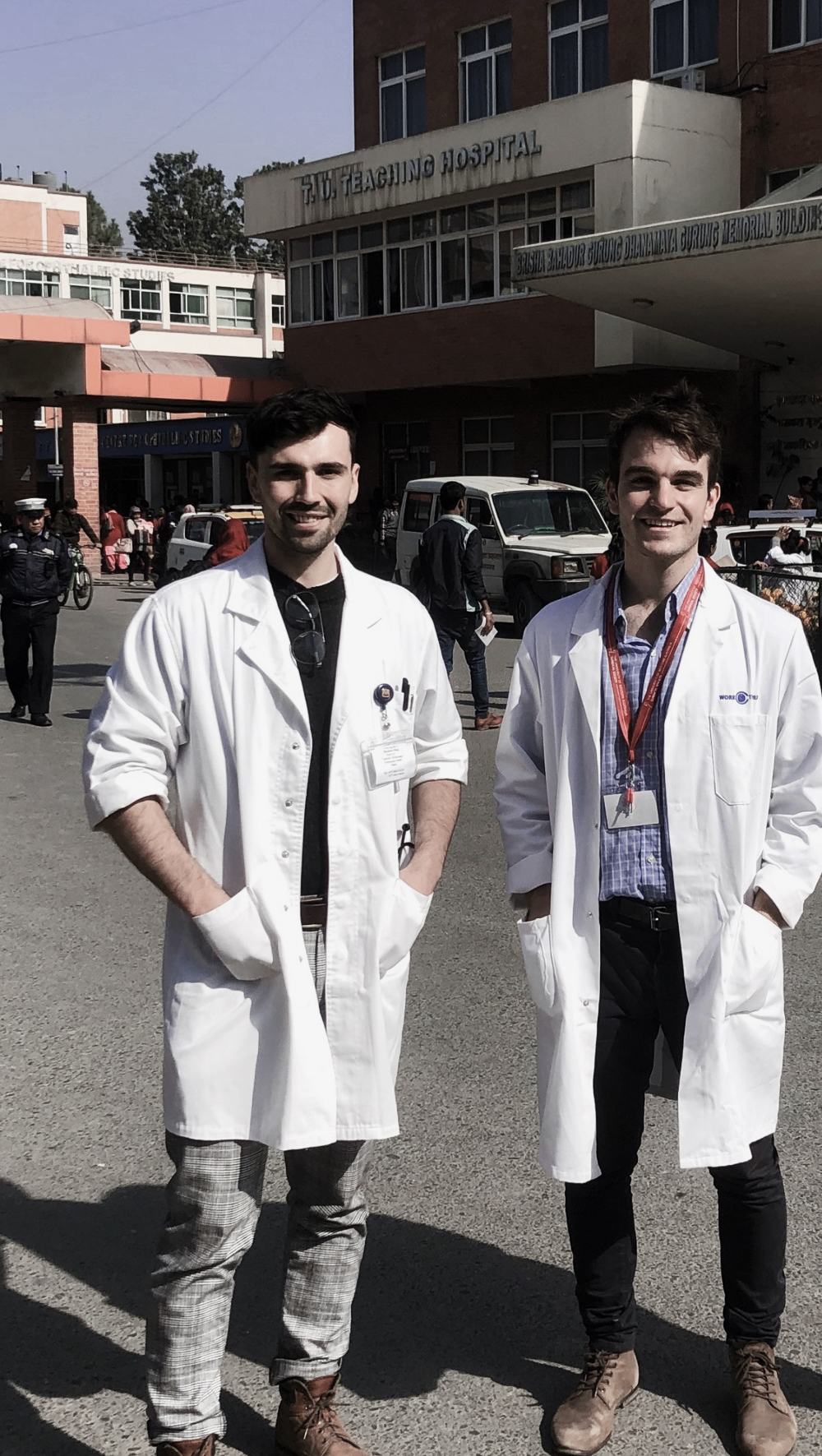 My time spent in the neurosurgery department at Tribhuvan University Teaching Hospital (TUTH) in Kathmandu, Nepal was eye-opening, challenging and potentially career-path altering. Overall, I loved the experience and wouldn’t hesitate to recommend it to any student interested in travelling to Nepal for their clinical elective.

TUTH is the largest teaching hospital in Kathmandu. Since opening in 1983, it has expanded to over 700 beds with a huge array of specialties offered, from dentistry to paediatrics and the specialty I wanted to experience, neurosurgery.

A land-locked area in South Asia, the surrounding area is mountainous and hosts eight of the ten tallest mountains in the world, including Mt Everest. Tourism is one of Nepal’s largest industries with many travelling there to experience some of the world’s most beautiful, and challenging, hikes. When I went it was cold; December in Nepal is mid-winter and it felt like that! While it wasn’t snowing, there was a constant threat of a downpour, and the locals warned that once it started it wouldn’t stop until two months’ time when winter ended

The hospital days started at 8.00am with a morning meeting. The neurosurgery department was large with five qualified neurosurgeons, six neurosurgical residents, two general surgery rotating residents as well as a small team of junior doctors and medical students all run by the Head of Department Professor Sharma. We met in a room just at the entrance to the department to discuss overnight admissions and progress of patients in the intensive care unit and higher acuity beds.

There was a clear focus on education, teaching and research within the department. As residents presented the patients, neurosurgical staff would often interrupt to quiz juniors. Journal club presentations, grand rounds and bedside teaching were times where the sobering, melancholic atmosphere surrounding the often-tragic fates of many patients were broken up by a challenging, light-hearted atmosphere of learning. It became obvious these were essential parts of the day. 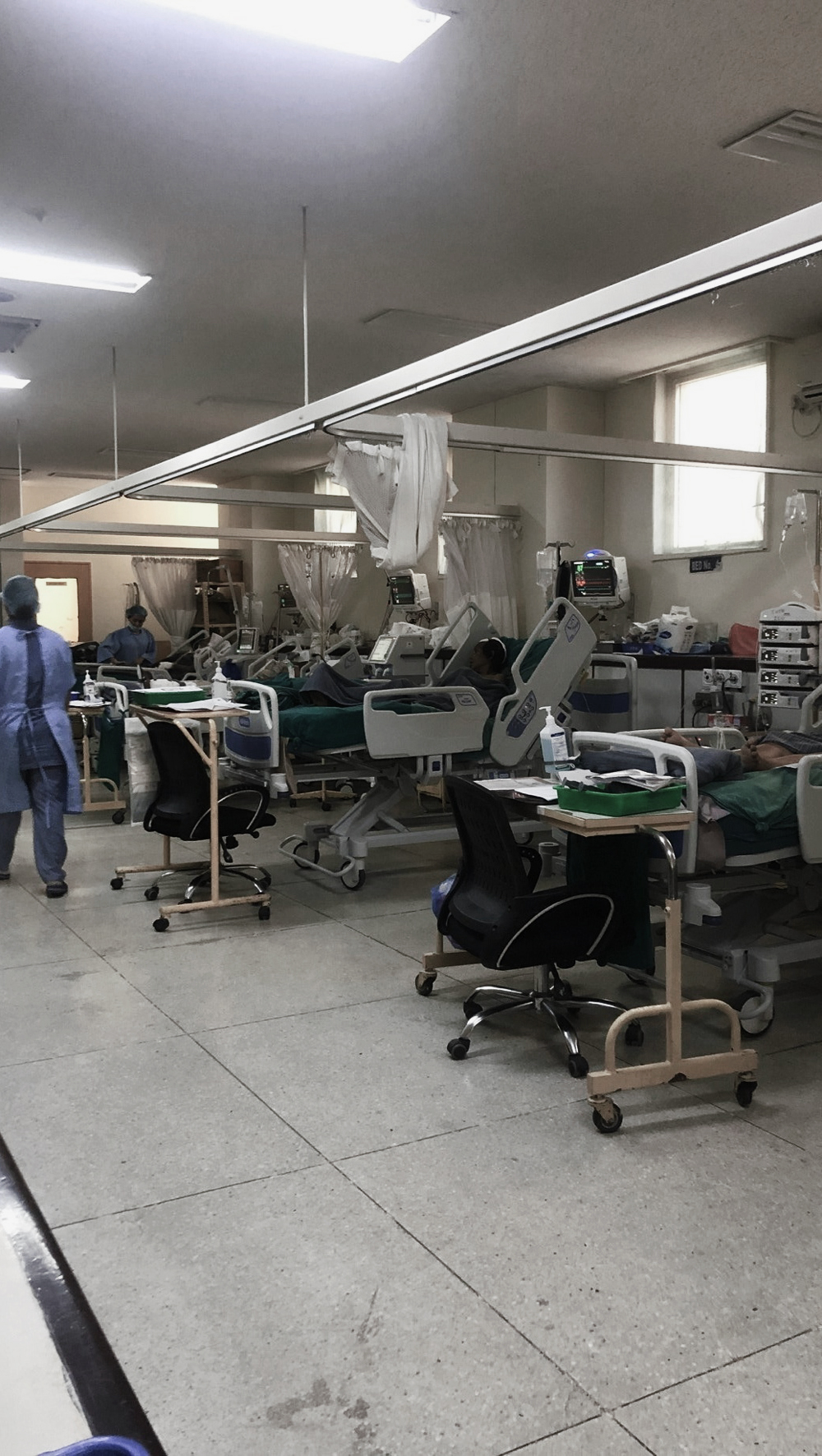 After the meeting, around 9.15am, morning rounds started. Visiting patients on the ward, in high-acuity beds, in the peri-operative short-stay-unit and then the ICU became a routine. Ward rounds would usually finish around 11.00am, after which we could change into theatre attire ‘scrubs’ and head to the operating room.

The theatre was similar to any other I have visited, with some notable exceptions. Sterility of instruments and drapes was often achieved with a bucket of hot water and antibiotic tablets, as opposed to an autoclave. Pre-operative scan images were printed and posted up on light boxes, compared to scroll-through computer monitors. Rather than complex neuro-navigation sensors and screens guiding the surgeon, they had to be highly skilled in using other methods such as landmarks on the skull for selecting their surgical approach.

Despite the challenges faced by operating in a low-resource environment, the skill of the neurosurgical faculty and emphasis on teaching and research was clear. Complex aneurysms, invasive brain tumours and rare structural abnormalities of the brain were often cured through stages of involvement of the entire team. Residents would often be involved in opening and closing the case, while more experienced members were involved in dissection and completion of the more complex parts of the operation.

There were times when the placement was challenging. There is no adequate public or private health care system and patients and their families were having to pay for procedures out of their own pocket. This left quite a shocking deficit in the provision of neurosurgical care to those patients who simply couldn’t afford it. It was heart-breaking to see so many patients arriving at the ED with treatable conditions turned away at the door.

This was exacerbated by some of the conditions everyday people were working in. The first example were construction workers. On the morning walk to the hospital I would often see young Nepali men working two/three/four stories above ground, unharnessed and on ladders. During my time on placement there were many admissions of patient falls from several metres producing life-altering traumatic brain or spinal cord injury. Second was the effect of poor sanitation. I saw my first case of a rare parasitic infection of the brain, neurocysticercosis, on the neurosurgical ward on my second day at the hospital – I quickly became aware it was not such a rare condition in Kathmandu. It was difficult having to see coming from a health-care system where neurosurgical access, and provision of safe living conditions, are often taken for granted.

The neurosurgical staff at TUTH had an incredible work ethic in managing the constant flow of patients requiring their care, with many often donating some of their wage to providing care for these patients. 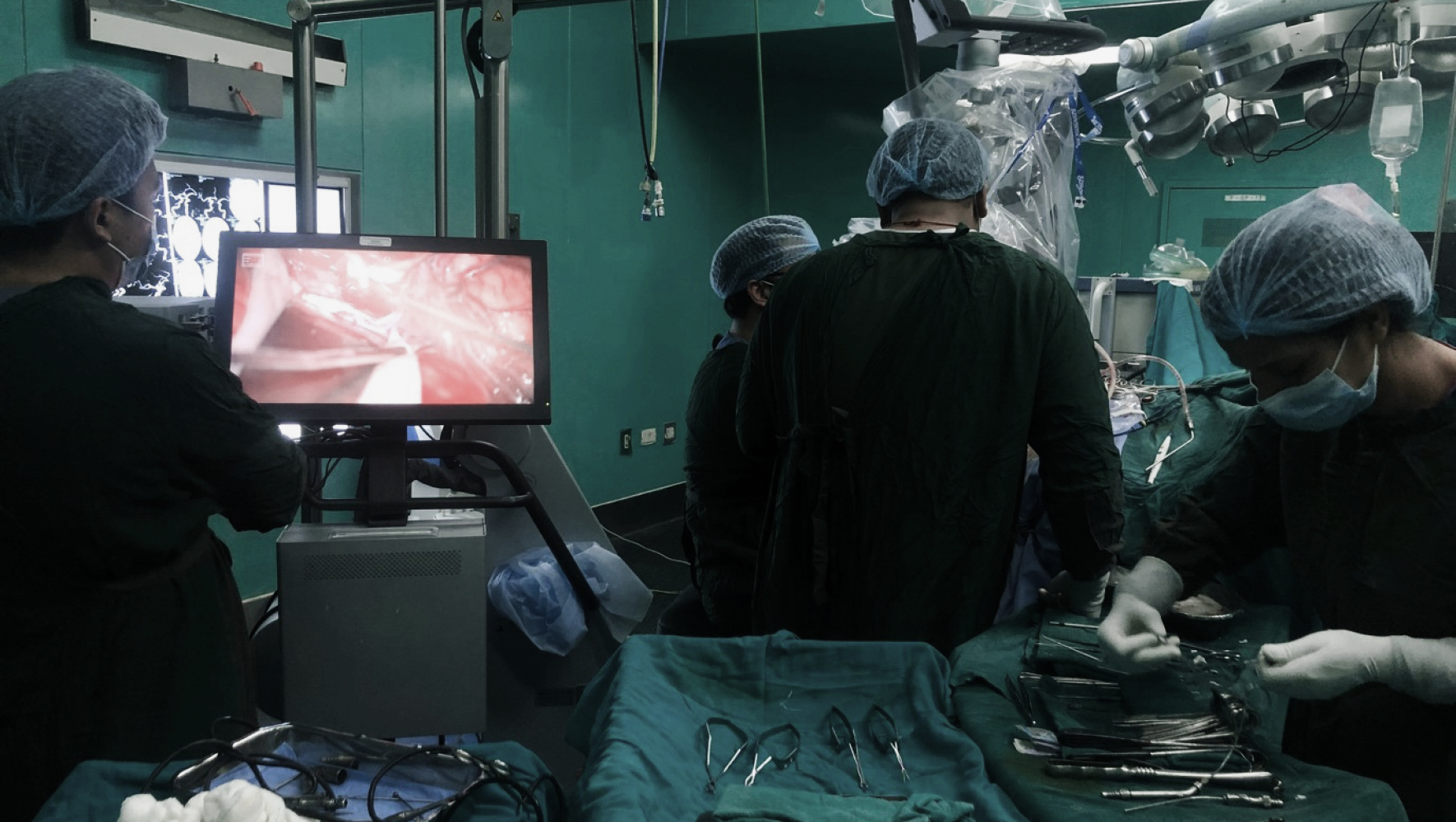 The money granted by BOQ Specialist went towards the purchase of a computer for the neurosurgical department. Asked where the money would be best spent to optimise patient care, we toyed with the idea of establishing a telesurgery link between my home city, Perth, and the department. We also wondered whether the money may be best spent on the purchase of microsurgical instruments necessary to perform complex neurosurgery. We settled on the computer for the following reasons:

First, it would enable the department to generate a brain cancer registry along with other rare neurosurgical diseases to improve patient care and provide essential data for future research, the first for the department. Without a computer with access to the internet, it was impossible to accurately collect data on patients requiring follow-up neurosurgical care. It was otherwise done through communication with the patients’ family and many were lost to follow up. With the computer, established systems of patient tracking and follow-up communication could be delivered.

Second, with the extra data the neurosurgical department will be one of few to accurately collect epidemiological data that could influence neurosurgical care throughout South Asia. Prof Sharma and other faculty are experienced researchers with hundreds of previous publications and the source of information available to them within a year or two will be a world-first for conditions seen only in this area.

Finally, it can be used as an educational tool for residents and rotators. Otherwise requiring hardcopy textbooks, the faculty could now invest in electronic copies available for all residents to access. Along with options to view pre- and post-operative scans on scroll-through viewer technology that previously wasn’t available.

It was a privilege to be able to contribute to the neurosurgical department in this way. It will hopefully enable a plethora of new insights to be developed to refine and improve care not only to the people in Kathmandu, but to South Asia and the world more generally. 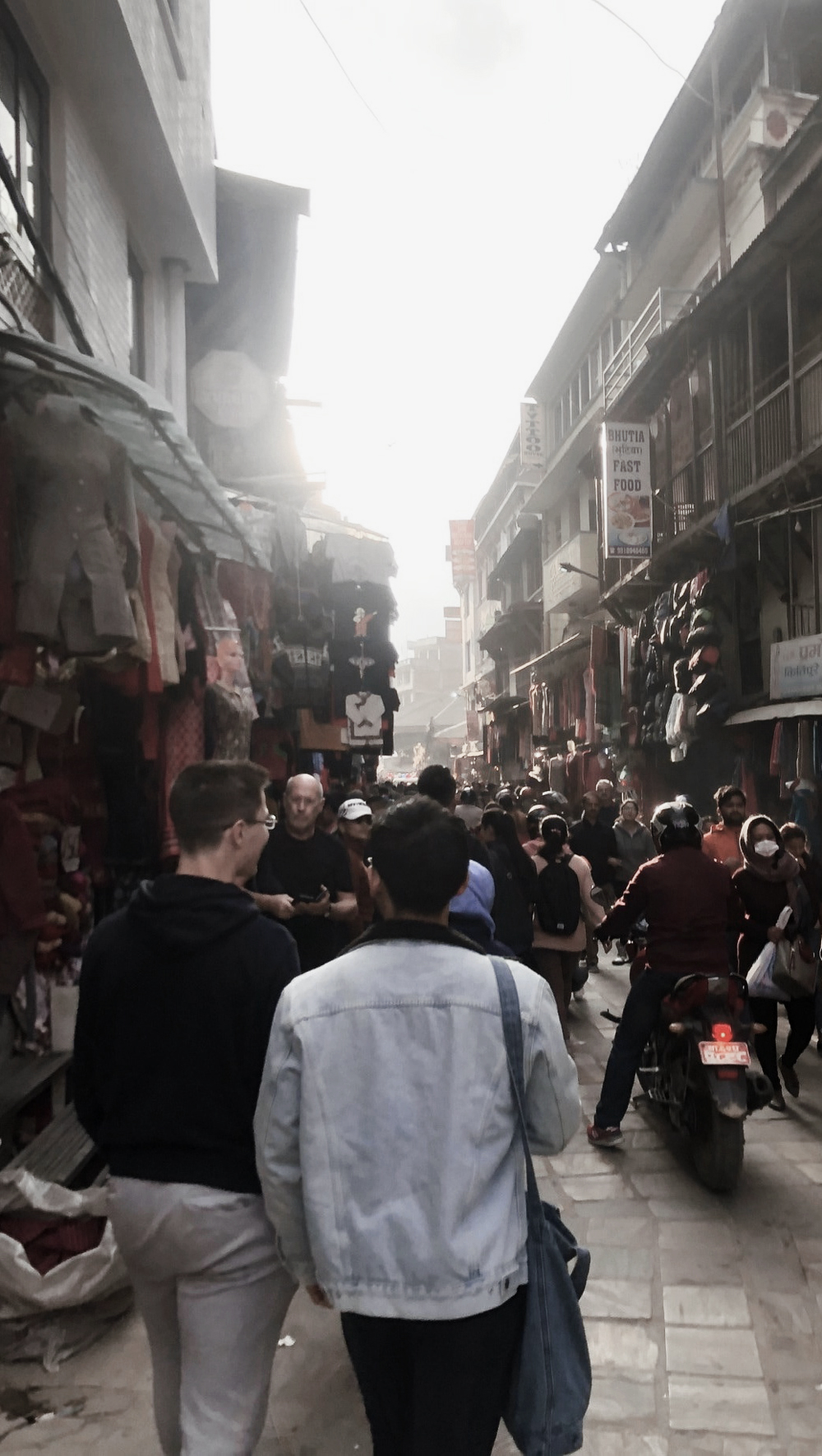 Life during the week was busy with long days at the hospital. However, there were good opportunities to explore surrounding areas and learn more about Nepalese culture.

With a few of the other students in the house, we would take walks through the streets around Nepal. Twisting and winding with a ‘build as needed’ approach to urban planning, you could spend hours getting lost amongst the narrow streets. We spent one afternoon visiting a small school. Starting out as a small group of 12 orphans, the school had grown over the period of 10-15 years to just over 90 permanent residents. Incredibly energetic, we had a tough time keeping up with them for the afternoon!

Language lessons at the house where we learnt Nepali was another interesting challenge. It took some incredible patience from our teacher to get us even to the point where we could ask for directions, but it was great getting an opportunity to learn and then apply the language the very next day.

The experience I had on my clinical elective in Nepal was a challenging yet fulfilling one. I learnt more about management of neurosurgical conditions, as well as the Nepali language and my way around Kathmandu. More than that, I was able to get an insight into such a beautiful culture that the Nepali people have. I met an incredibly inspiring group of young doctors and neurosurgeons that were incredibly welcoming and hope to stay in touch with them all in the future. I look forward to taking my experiences back to Australia, hopefully with an opportunity to return soon. 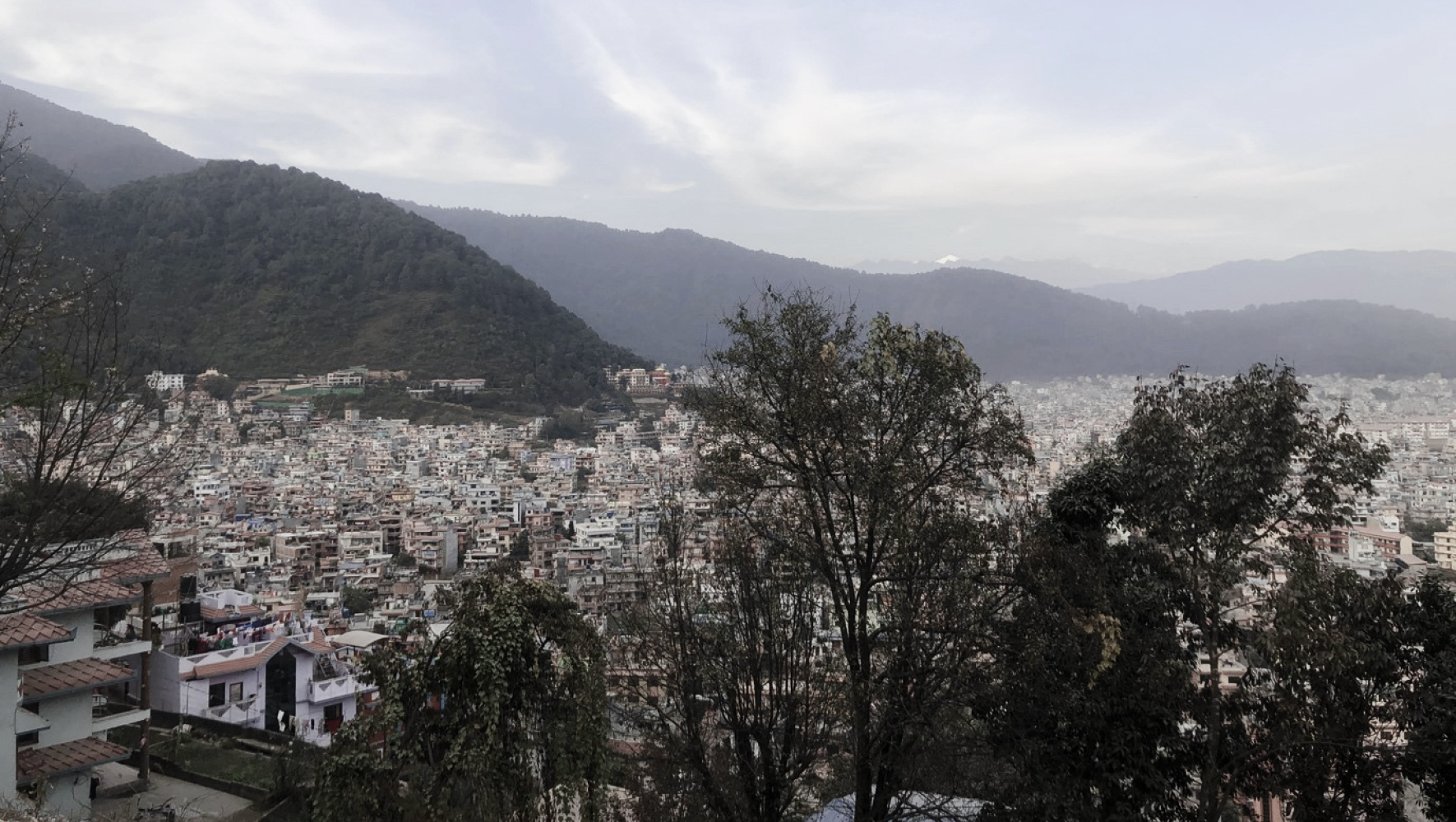 Developed exclusively for medical and dental students, each year the BOQ Specialist FutureFocus grants enable five students with the opportunity to undertake an overseas placement so that their commitment to helping others can be realised. Applications for our FutureFocus Grant open in May and close in August.

You can also access funds to help undertake an overseas placement, with our Student Banking Package. This banking package includes an everyday bank account with an optional overdraft facility and a Platinum credit card packed with rewards and benefits.

Our FutureFocus grants are designed exclusively for medical and dental students to alleviate some of the financial pressures of an overseas placement, ensuring students can focus on contributing to the lives of others in a developing community.